≤ń 57 ≠∂
ten Freedom of the Press JUDY MORGAN WAS a reporter for The Westfield Gazette , the local newspaper . Westfield was a quiet little town . There was the occasional burglary , the teenagers got rowdy once in a while , and there was some ...
≤ń 4 ≠∂
Almost every day , he would get the class started on a story or a worksheet or a word list or some reading and then go to his desk , pour some coffee from his big red thermos , open up his newspaper , and sit .
≤ń 5 ≠∂
Newspapers , too , were stacked in front of the windows ; recent ones were piled next to Mr. Larson's chair . ... old report covers , newspaper clippings , diagrammed sentences , cartoons , Halloween decorations , a cursive handwriting ...

Andrew Clements (1949°V2019) was the author of the enormously popular Frindle. More than 10 million copies of his books have been sold, and he was nominated for a multitude of state awards, including a Christopher Award and an Edgar Award. His popular works include About Average, Troublemaker, Extra Credit, Lost and Found, No Talking, Room One, Lunch Money, and more. He was also the author of the Benjamin Pratt & the Keepers of the School series. Find out more at AndrewClements.com. 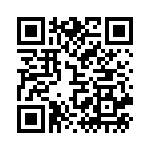